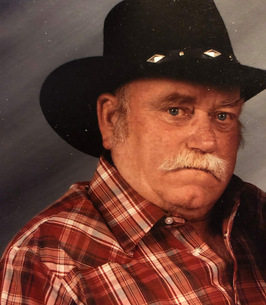 Memorial Candles Lit for Jesse | SEE ALL
Light a Candle
"We are honored to provide this Book of Memories to the family."
— The Highlands Funeral Home
Funeral Details Condolences & Tributes Photos, Videos & Stories Send Flowers

Jesse Eugene Fox 62 Born in Corona, CA. on April 5, 1957 to Kenneth E. and Roxie Joanne Fox who preceded him in death, passed away on February 14, 2020 at home. His long battle with C.O.P.D. came to an end with his loving wife of 41 years Deborah A, (Workman) Fox at his side surrounded by his family.


Jesse served with honor for our nation, in the United States Army from 1979-1985. Upon leaving the Army, he moved to Hinkley California together with his wife raised a loving family, while providing a living for them with West Tech Communications, where he was a laborer.

Jesse's love for his wife and family leaves a void in their lives, but gives them millions of loving memories they can forever hold as treasures.

There will be a private memorial service to honor Jesse's life is pending. At the request of the family, memorial contributions can be made to a charity to be announced.

The Highlands Funeral Home, 505 E. Williams Street, Bartow was in charge of handling the arrangements

To send flowers to the family of Jesse Eugene Fox, please visit our Heartfelt Sympathies Store.